”Bachelor” by D’banj � a review 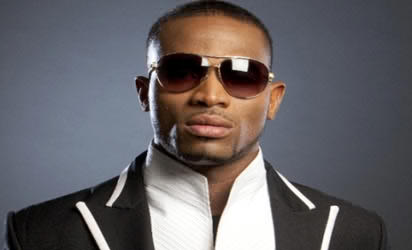 Since his split with Don Jazzy, D’banj has woken up everyday to meet a world that challenges him to prove his name; that he is still the entertainer; the extremely talented D’banj we once used to know.

Each time, D’banj has pushed himself even harder. With his last single Oyato still ‘enjoying’ airplay, he has released another one he calls Bachelor.

But did he deliver on this one?

Many agree, D’banj was smart to have released the song immediately with it’s video directed by long time pal Sesan who had D’banj also as co-director.

The video is boiling hot, with very clear scenes that tells an excellent storyline. Music video critics with raised skeptic brows would drop it a few seconds into the montage of scenes.

D’banj opens the video as a young man played by himself who walks into an argument with his somewhat ‘possessive’ girlfriend in a sprawling white mansion. Their voices are muted as the song plays on in full force.

The video soon swings to D’banj partying away in the club while his enraged girlfriend smashes things in the house and then his car windshield before moving out of the house.

It’s a high budget video, shot in high definition with the eye popping mansion lingering on in memory long after the video is over. Like all of Sesan’s previous works for the pop star, a lot of praises has been showered on this job.

D’banj warns his girlfriend to be careful as he is still a Bachelor and so not stringed to her. The beats of the approximately two and a half minutes song are in mid-tempo and almost immediately, ”slowly” gets your head nodding.

There is emphasis on ”slowly” here because, just like Oyato, this song didn’t quite pick up pace, making it’s climax weak. You listen to it and just when you are expecting more, something that would leap you off your feet…

It can be concluded that Bachelor is a good song that yet proclaims the self acclaimed entertainer as a hot item. D’banj tells his fans he’s still full of those ideas that endeared him to them. He’s still far from being put out by the new ”raves” of the moment.

Do have your say on this one. Did D’banj sweep you off in this new single?

Culled from Vanguard
So what do you guys think of this review. On point or not on point?