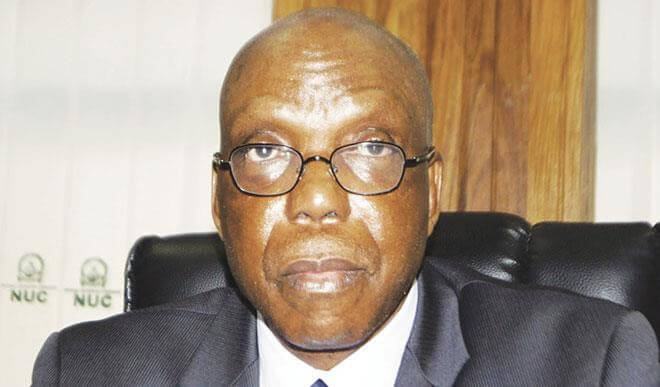 Ex Executive Secretary of the National University Commission, NUC, Prof Julius Okojie has said the future of education in Nigeria rests solely in the hands of our Private Universities.

He shared this as he delivered a lecture at the maiden convocation of Edwin Clark University, Kiagbodo, Burutu Local Government Area, Delta State.

According to him, one main advantage of private universities is their stability since the public ones are plagued by strikes from time to time.

The National Universities Commission (NUC) of Nigeria is a government commission promoting quality higher education in Nigeria. It is located in the capital city of Abuja. The Commission was established in 1962 as an advisory agency in the Cabinet Office. In 1974, it became a statutory body and its first Executive Secretary was Professor Jibril Aminu. It is currently part of the Federal Ministry of Education and is a parastatal (government-owned corporation).

The Commission has a Governing Council, currently headed by Professor Shehu Galadanchi and its Executive Secretary is Prof. Abubakar Rasheed, who assumed office on August 3, 2016. Since its establishment, the Commission has transformed from a small office in the Cabinet Office to an important arm of government in the area of development and management of university education in Nigeria.

The National Universities Commission or NUC as it is sometimes called in Nigeria began operations in 1962. It came into being as one of the recommendations of the Ashby Commission which also recommended creation of new federal universities. NUC initially operated as a supervisory body in the development of university education in Nigeria. At inception, NUC was created by executive action and was initially placed under the Cabinet’s Office. The pioneer chairman was the Emir of Yauri, Alhaji Tukur who was succeeded by Rotimi Williams. During the early period of operation, performing the objectives of the organization was hampered by the legal structure of its foundation, as NUC was a non-statutory body within the Cabinet’s Office while university education during the First Republic was within the concurrent list. After the military came to power in 1966, NUC was empowered to conduct coordination activities within the federal university system. In 1974, a new legislation restructured NUC to become fully a statutory body headed by an Executive Secretary.

Under Jubril Aminu as secretary, NUC established an overseas office to coordinate recruitment of staff for newly established universities. Between 1975 and 1998, NUC’s involvement in the administration of universities gradually grew, it became influential in the appointment of Vice-Chancellors, members of university governing councils and managed the establishment of new faculties and course offerings. In 1985, it was saddled with additional responsibilities to set minimum academic standards and inspect and vet course offerings in universities. In 1999, a new democratic government granted some autonomy to universities governing councils.