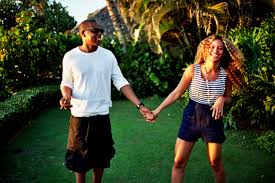 Beyonce’s husband,Jay Z has denied reports that the American singer is expecting her second baby, saying the rumor is not true.

According to the program director for New York radio station Hot 97, Jay Z stated that Blue Ivy won’t be having a sibling yet.DJ old man�Ebro Darden explained on Monday morning of May 20,�that he had emailed the rap mogul with his congratulations over the weekend, and��he hit me back and said it’s not true.” He