Home » GIST » Are you the girlfriend or the side chick?

Are you the girlfriend or the side chick? 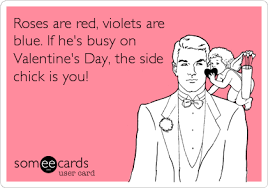 �
Here are some signs that will help you identify where you stand in your current relationship. If you find that you are just the girl on the side, don’t be disheartened. It’s better to find out sooner than later. What you need to do is thank your lucky stars and just move on.

1. If you are in a relationship and you do not know your man’s address or have never been invited to his house, it’s either he lives on the street or you are a side chick.

2. If he sleeps at your house and gets up before the crack of dawn to leave in the pouring rain because he has to take his sister to work, you are a side chick. The awful truth is that I have been a victim of this ridiculous excuse and I am just kicking myself right now for falling for it.

3. If after meeting you and going out that one time, the only other place you and your man ever go is to your bedroom, he doesn’t want to be seen in public with you. It’s either you have become awful to look at or you are a side chick.

4. If he has never spent a night over because he cannot sleep in anyone else’s bed except his own, you are not only a side chick, you are a dumb side chick.

5. If you have been with this man for a while and he has never attempted to take you to meet his parents or siblings or even his friends, repeat after me, I am a side chick.

6. If he takes you to meet his parents and his mother is not excited to meet you, note that she is not excited because he has taken so many women to the house that there is no reason to feel excited because you will be replaced soon. Note, the fathers are always excited, it doesn’t matter who you are, so don’t be fooled.

7. If after certain hours you can never get your man on his phone because it is always turned off, or it goes straight to voicemail and he never returns the call until the next day, it is either the phone is sensitive to your number or you are a side chick, whichever one you want to accept.

8. If when you go to the movies with your man he meets a friend and he introduces you by your first name and doesn’t mention the word girlfriend, that is a clear sign you are nothing but a side chick and it is not necessary for his friend to know you. That one is painful to accept, but it is true, you are nobody to him.

9. If you both discuss marriage and he says he does not want to marry you ever, don’t waste 13 years of your life waiting. You are the side chick and he is grooming someone else for that ring.

10. If he tells you outrightly that he doesn’t want children with you, do not stop taking your birth control to trap this man, he will never marry you and start a family with you. Accept it, you are just there to scratch his itch, you are a side chick.

11. If your man does not seek advice from you about anything, if you do not have that connection where you are his rock through difficult times, and all he wants from you is sex, then, my dear, the harsh reality is that you have fallen in the category of side chick.

All is not lost for side chicks. You can move to the top spot with someone else; you just need to recognise the signs from early. Do not ignore them. Instead, act on them immediately, or you will forever be comfortable with someone else’s sloppy seconds or the title of side chick.