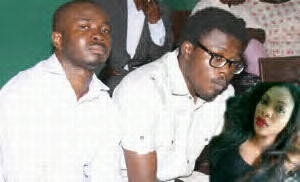 The two pharmacists arrested in connection with the July 22nd murder of Cynthia Osokogu have been released unconditionally by a court in Lagos. Maduakor Chukwunonso and Orji Osita (pictured above) who are pharmacists at Oxpharm Pharmacy where the drugs used in sedating Cynthia was bought, were released based on the advice of the Director of Public Prosecution.

The Lagos High court ruled that �there was no evidence where the pharmacists had an agreement with the first and second defendants to kill the late Ms Osokogu.”