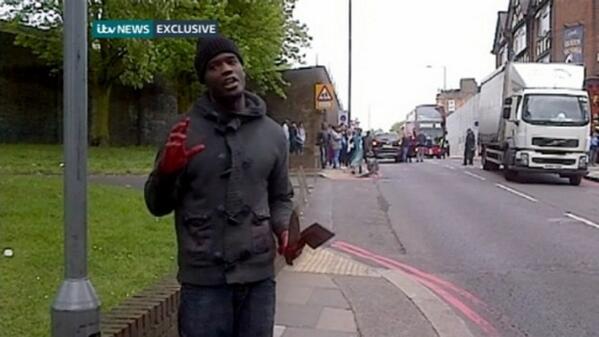 Michael Mujahid Adeboloja has reportedly been identified as one of the London attackers, the man in the video alone. Word is that he is a Muslim convert. His muslim�name Mujahid means�”one who fights Jihad.”

Someone claiming to be his friend identified him on Twitter. Jeremy says he is a Nigerian but his nationality hasn’t been confirmed just yet. But some think he could be Somalian.

There are not many things on Google about the man, who has not been officially identified by the police. Reports and video show him bragging over the murder, praising God for the death of an alleged British soldier