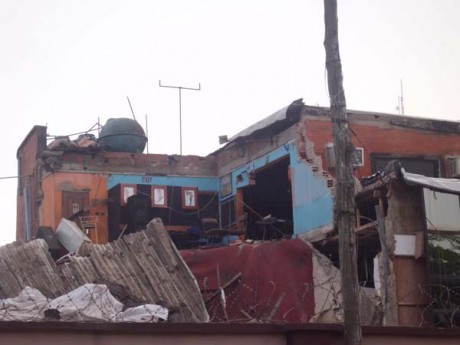 Tragedy was yet averted today, Sunday May 26, 2013 when the building of a Lagos strip club, Ocean Blue collapsed.

The club, located on 14, Opebi Street lost half of its two-storey-ed structure when it collapsed. Eye witnesses say the incident which happened at around 1:20pm startled the neighbours.

An eye witness who talked to�said, ’I was just on my way out when I suddenly noticed the building crumbling from the top. I really hope no one was injured or has died’.

More pics after the cut

Another witness, Nasiru Ahmed, who runs a provision kiosk confirmed that no one was injured. ‘They are lucky that it happened in the afternoon, because if it was in the night when customers would have been around, it would have been very disastrous’, Ahmed said.

The reason for the collapse of the building is still not clear as the club security refused our reporter or anyone entry into the premises under the orders of the management.

From the looks of things the management of the club seem to want to conceal the misfortune as the strip club which is located in the carefully concealed premises was allegedly being run illegally.

A call through to the Ikeja Police Station, proved that the police is unaware of the incident. 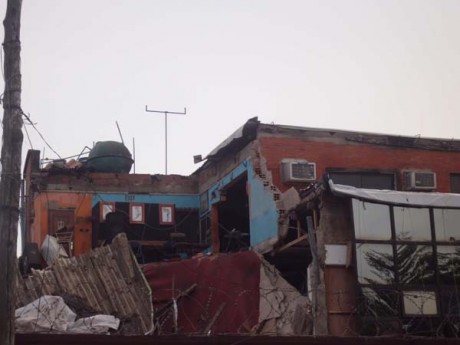 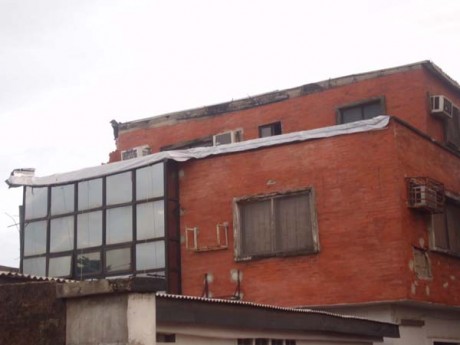 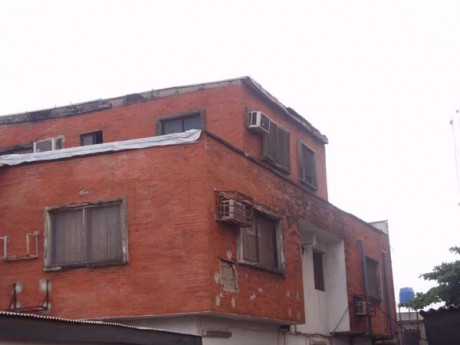 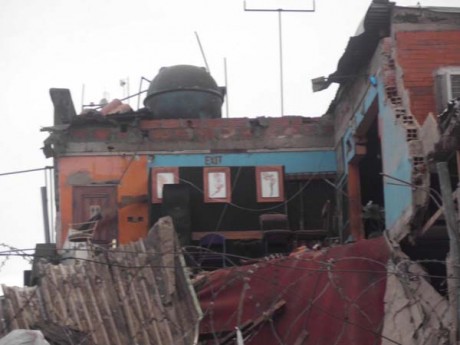