Home » News » EFCC Should Allow Me To Live My Life – Saraki

EFCC Should Allow Me To Live My Life – Saraki 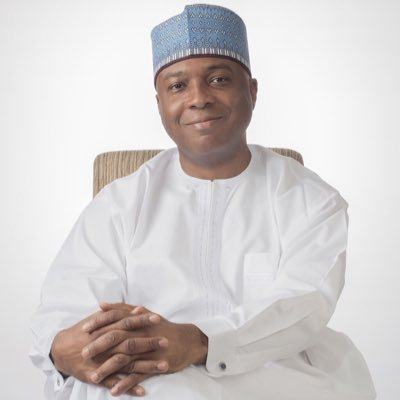 Ex-Senate President, Bukola Saraki has come out to urge the Economic and Financial Crimes Commission (EFCC) to leave him alone.

This is coming after the anti-graft agency lost a forfeiture suit against him recently.

According to him, the Senate under his leadership only followed the due and normal procedure during the confirmation process and he never executed any personal agenda against Magu.

He added that EFCC should let him live his life and enjoy his unfettered rights to freedom of thought, expression, association, occupation and dignity, as a private citizen.

His words, “I know that the Senate under my leadership only followed the due and normal procedure during the confirmation process and we never executed any personal agenda against Magu.”

“It is my expectation that the EFCC, which has played significant roles in the various court cases against me from the CCT to Supreme Court and back at the Federal High Court with the consequent media trial and malicious campaigns, will now leave me alone to live my life, and enjoy my unfettered rights to freedom of thought, expression, association, occupation and dignity, as a private citizen and focus on serious issues of national development.”

Ibrahim Magu (born 5 May 1962), is a Nigerian police officer who served as acting chairman of the Economic and Financial Crimes Commission, EFCC from 9 November 2015, until his suspension on 7 July 2020. He was replaced by Muhammed Umar as the acting EFCC chairman.

Magu was appointed as EFCC chairman after Ibrahim Lamorde, who has earlier served twice was sacked by President of Nigeria, Muhammadu Buhari. Both Lamorde and Magu served during Nuhu Ribadu’s time at the anti-graft agency and were also credited with part of the success Ribadu recorded in his time.

After the completion of his National Youth Service Corps, he served in various Ministries and Departments in the Borno State Government as an Accountant and rose to become a Zonal Accountant before he voluntarily resigned to join the Nigeria Police Force as an Assistant Superintendent of Police in 1990. He was the Coordinator, Nigeria Police Building Society before moving on to Special Fraud Unit (SFU) of the Nigeria Police Criminal Investigations Department (CID) where he served as a team leader in charge of Financial Crimes, Money Laundering and Advance Fee Fraud investigation.