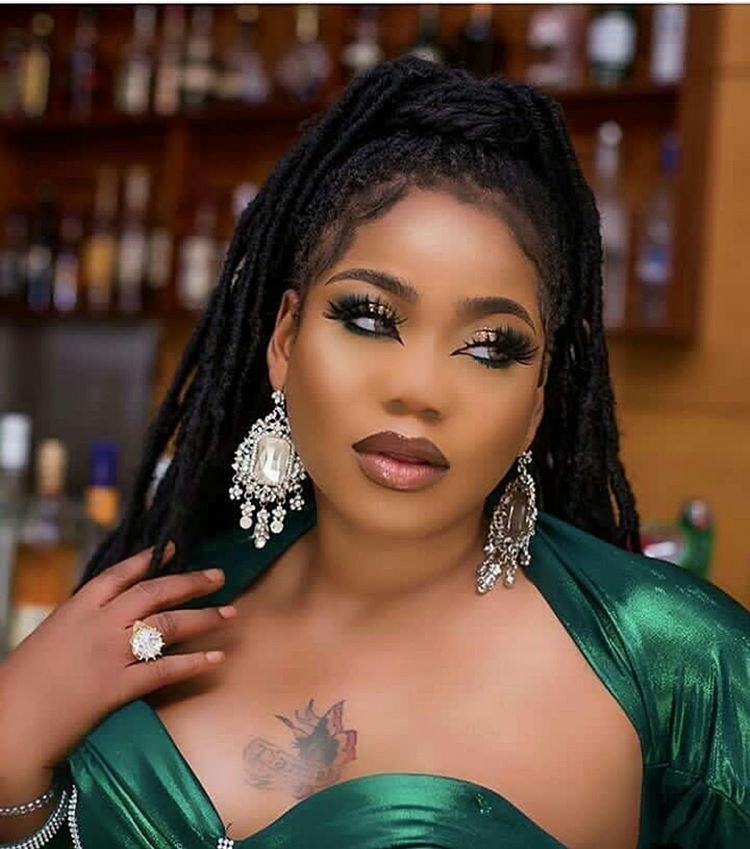 Instagram celebrity and entrepreneur, Toyin Lawani has blasted popular stylist, Swanky Jerry for being an ingrate after he criticized her recent opinion.

It all started when Jerry slammed Lawani for mocking AMVCA’s best dressed female and male, Mercy Eke and Mike Edwards.

According to Lawani, the best-dressed recognition was a joke and this prompted a response from Jerry, Mercy’s stylist, who said Toyin is only tired and local for saying such.

Lawani then responded by calling him an ingrate, saying that she does her own work not to compete because stars do not struggle to shine and she never meant the outfits worn by the ex BBNaija housemates were ugly.

Her response, “People don’t like the truth ,so when you speak it they hate you, most of y’all are cowards ,today I realized English is a big problem for some people, we all write differently,Nigerians y’all all love to twist things and hate , so if I state my opinion does it mean that mercy’s outfits or mikes outfits are not nice , y’all are jokers like I said and if you don’t know the meaning of joke go and check the dictionary hiss , I usually don’t reply your stupidity and betrayals , even when you stayed online to be mocking and trolling me with your formal bestie I didn’t reply you , I left you to God , but I will reply you this time , that I said the looks they chose are jokes don’t mean they are ugly, the same way everyone is saying my clothes are ugly , and they didn’t get the message some of my clients where trying to pass don’t mean it’s not artistic, did I fight to win best dressed with you people ? I don’t compete I do my work and bounce , stars don’t struggle to shine , pls free me let me air my opinion in peace regardless of who created what and what , does that mean I have a problem with mercy , you people just try to create enimity daily, Go sit down . Iya e lo tired .