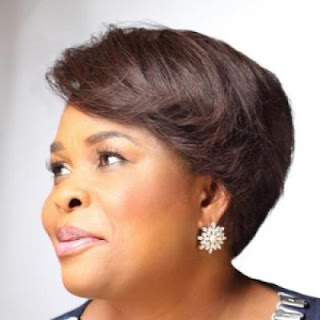 Despite her return to Nigeria in pomp and circumstance about one month ago, First Lady Patience Jonathan is still sick.
Shortly after the public relations exercise that attended her return, she retired into a medically-induced bed rest that has her kept her away from the public, unable to attend to official duties.On October 26th Mrs. Jonathan appeared with her husband and the Ondo State governor, Olusegun Mimiko and his wife to cut her 55th birthday cake in the presidential villa, since then she has disappeared from the public.
A presidency source stated that Mrs. Jonathan�s doctors in Germany have also continued to visit and watch her recovery.

When Mrs. Jonathan returned from a prolonged medical trip to Germany in October she spoke effusively about being given a second chance, but denied having been in a hospital.
The publicity given her return was designed to end all forms of speculation about her true condition because the presidency had badly miscalculated by not revealing her actual medical status to the country.
Since her return, Mrs. Jonathan has not been able to accompany her husband on any official trips in or outside of Nigeria, including visits to her home state of Rivers, or that of Mr. Jonathan, Bayelsa.
In addition to all this, she has not attended to her duties in Bayelsa as Permanent Secretary, a position she seized with grand fanfare months before she left the country on an extended trip she said was not for hospital treatment purposes.

It is unclear how long Mrs. Jonathan’s bed-rest will continue as she remains inaccessible to the public, or how her absence is impacting her official duties in both Abuja and Bayelsa.