Magician floats beside a bus on the streets of London 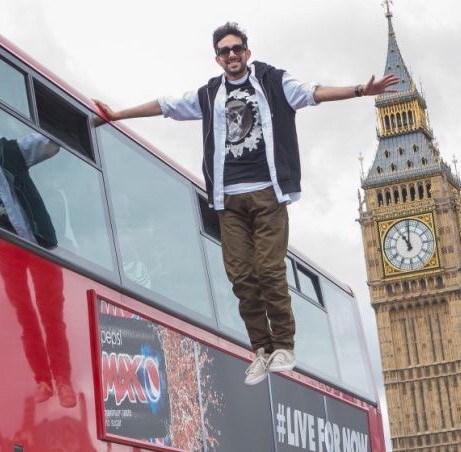 They say magic is more about “The more you look, the less you See” But even I who doesn’t believe in magic is stunned by this. He is known as Dynamo, an illusionist and his daring acts have defied all logic and makes even the most skeptical cynic believe in Magic.
The 30year old who is now the face of Pepsi Max, stunned spectators by levitating beside the roof a a 15ft double-decker bus in London 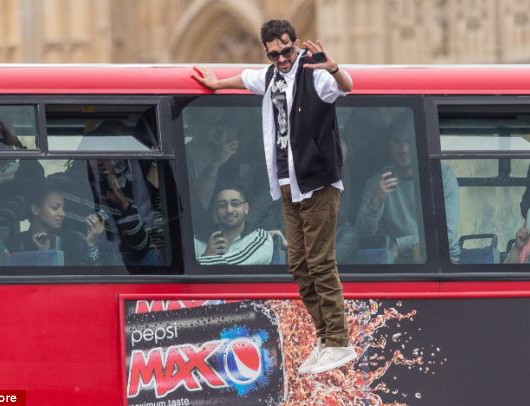 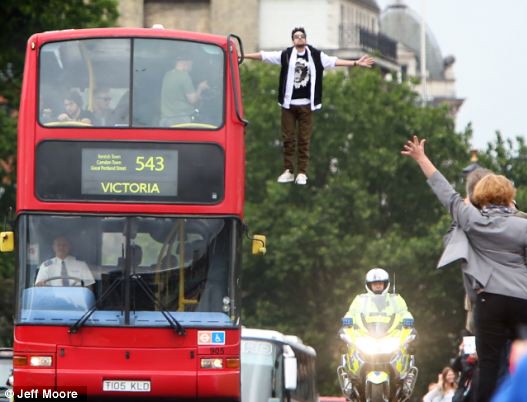 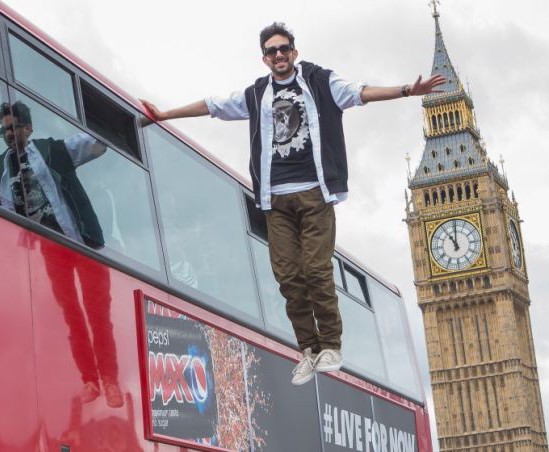 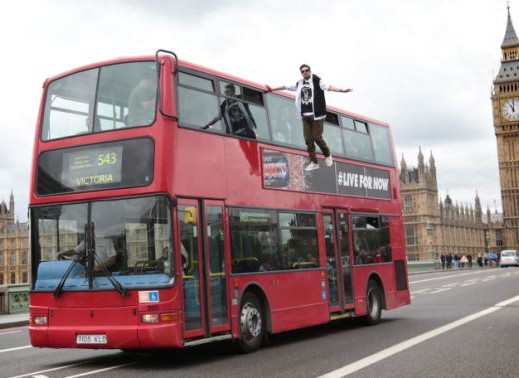 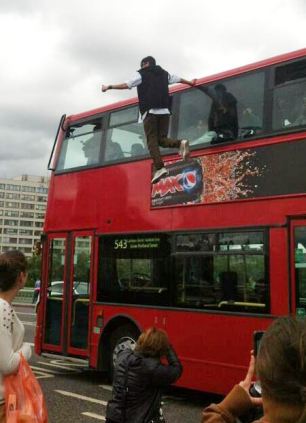