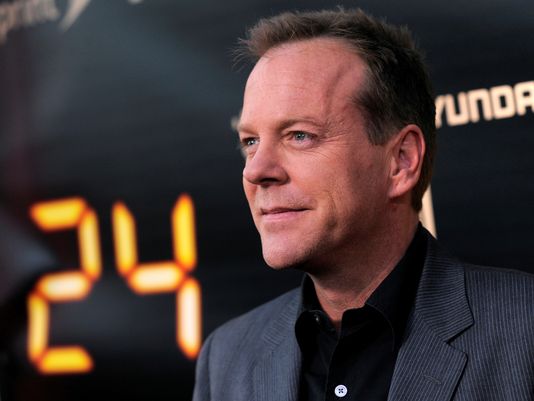 The clock will start ticking again on Fox’s real-time thriller 24.

The network on Monday confirmed plans to restart the action thriller, which starred Kiefer Sutherland as counter-terrorist agent Jack Bauer and ended its eight-season run in 2010.

The new season, one of two “limited series” Fox plans for 2014, will be compressed into 12 weeks and premiere next May, says Fox entertainment chairman Kevin Reilly. “We’ll go in chronological order with the hours of the day, but we’ll skip some hours,” he says.

Producer Howard Gordon, now working on Homeland and other series, “always had the idea of maybe someday doing a feature film” on the series, Reilly says. A script underwent several revisions but never got the greenlight by Fox’s sibling movie studio.

So a Fox executive suggested a revival that would span fewer episodes. “I don’t think I’d ever want to do 24 (episodes) again,” Gordon says. “It was a crushing high-wire act; we look back with wonder and amazement but we have no desire to try to repeat that.” Doing half as many episodes “helps you to avoid the contortions we were forced to make on the show, (and) we can use the time deletions to account for some of the distances the story had to improbably travel.”

Adds Reilly: “The spine of 24 episodes was really about 12 hours,” with the rest made up of “little twists and connective tissue.”

Gordon was swayed by the availability of Sutherland and co-writers Evan Katz and Manny Coto, now wrapping up other TV projects. As for other actors, “everybody who’s not dead is still in play,” he says. The series expects to resume production in January.