Popular rapper, Nicki Minaj has come out to flaunt cute photos with her husband, Kenneth Petty.

The lyricist recently flaunted her perfect curves and her fans have been salivating since then.

Nicki rocked 3 different outfits as she posed for the gram, and the pics are just stunning. 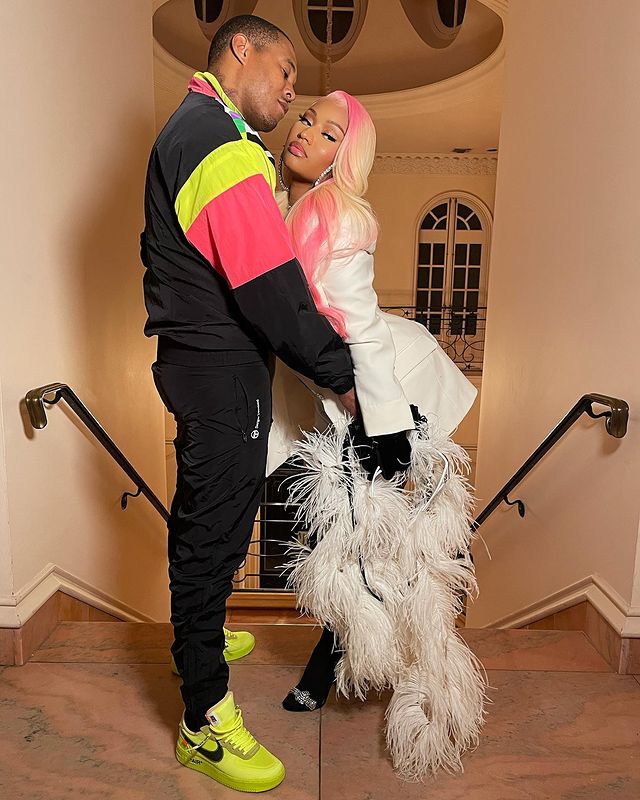