She began the night looking elegant yet restrained in a modest red gown.

But once onstage, Nicki Minaj unleashed her wild side as she gave rapper Lil Wayne a raunchy lap dance as they performed High School at the Billboard Music Awards Sunday. 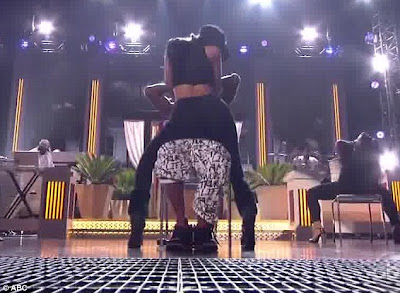 Near the end of the track, the Roman Holiday hitmaker gamely straddled and writhed against the tattooed rapper, who was seated in a chair center-stage.

The big finish to Nicki’s explicit twerk fest involved her completely bent over suggestively fanning her fingers between her legs. Many fans were probably concerned that Lil Wayne might suffer another seizure from their very close encounter.

Nicki finished off her ‘ghetto-fabulous’ look with a straight black wig with fringe, which she topped with a Chanel baseball cap. 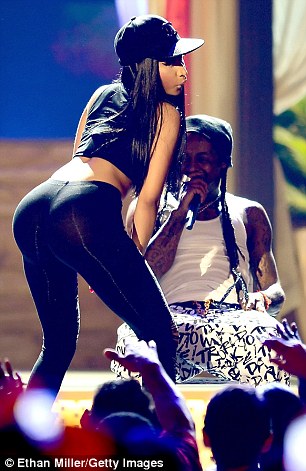 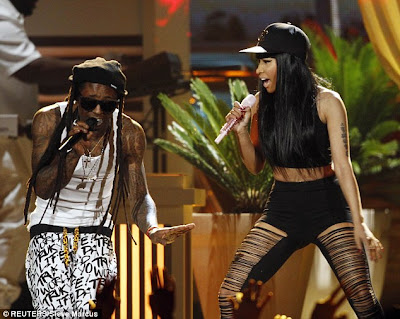 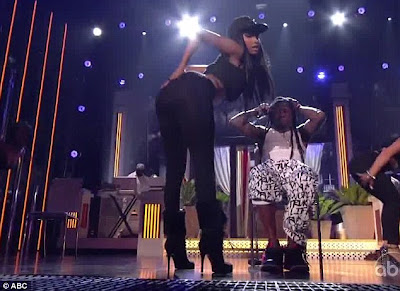