The 22-year-old EME superstar, Wizkid has announced that he will not be releasing any album this year. He stated this on Tuesday evening while responding to messages from fans on the social media platform, Twitter.

However, he has promised to give his fans a new thing by releasing a mixtape in April. He also confirmed that the video for his Azonto track would be released in some weeks away.

The video, he said would be shot in London by popular director Moe Musa.

He concluded by appreciating all the producers he had worked with, home and abroad, acknowledging that they brought out the best in him. 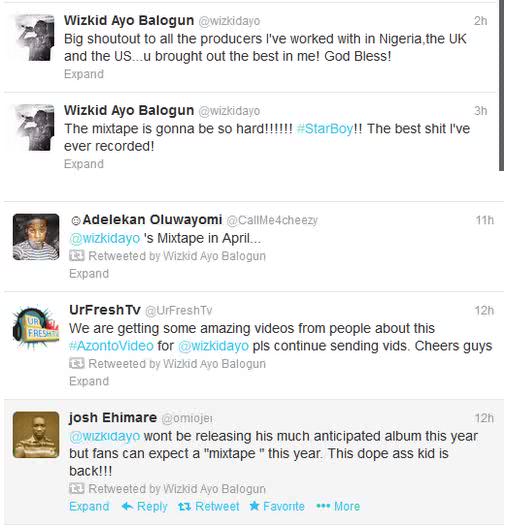