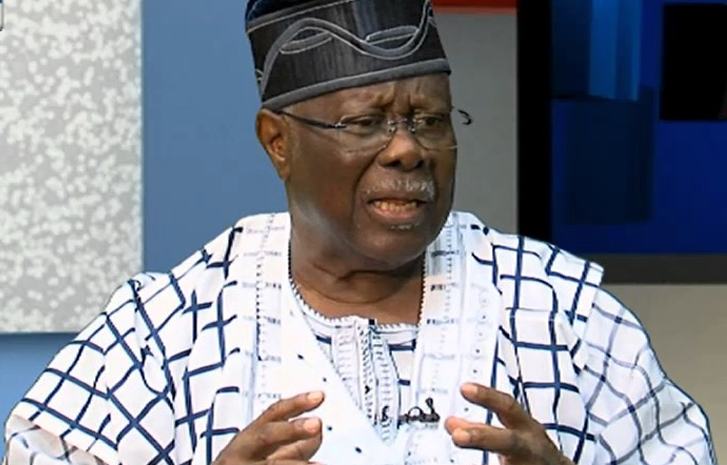 Ex-Deputy National Chairman of the Peoples Democratic Party, Chief Bode George has come out to say that he doesn’t intend to be the party’s chairman.

According to him, at his age, he is not interested in contesting the party’s national chairmanship, and he hopes the party can focus on zoning instead.

He added that he doesn’t have the strength to run around like the other younger politicians vying for the position.

His words, “So much is still at stake until the zoning is done (in the PDP). They may zone it or decide to change (from) zoning, but at my age, I don’t want to start running around. As for the party, anybody they want to put there must be somebody of good standing, not just some ambitious, inconsiderate person.”

“We want someone who is knowledgeable, committed and dedicated, with a good track record. That is the kind of fellow the party needs now because a new battle is ahead of us.”