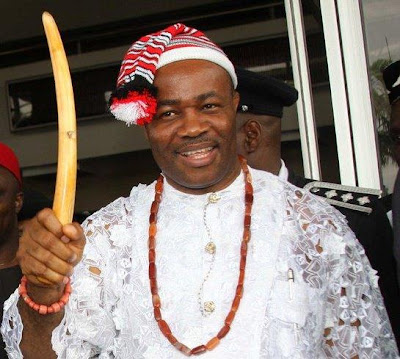 Akwa Ibom State governor, Chief Godswill Akpabio, has bagged the best Governor in Africa Award from an Accra-based Africa Development Magazine, for his development strides in the state.

Ghanaian Professor, Walter Alhassan, described Governor Akpabio as an icon of democracy and a good example of what leadership should represent.

He said that available and verifiable facts singled out Chief Akpabio as a pride of Africa, worthy of emulation.

Speaking on behalf of the organisers, Soma Brown recounted the numerous achievements of the Akpabio administration in Akwa Ibom State, but particularly noted the free, compulsory and qualitative education policy; free medical care for pregnant women, children and the aged; and the massive infrastructural investment as key reasons for the award conferred on Governor Akpabio. Governor Sanwo-Olu Is Wrong To Ban Okada Without Alternatives – PDP