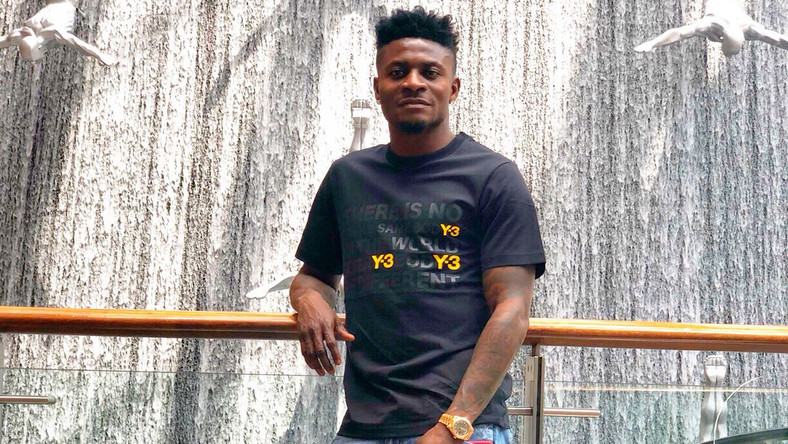 The soccer player recently flaunted a photo of himself and a lady on Instagram, alongside a love emoji.

The lady, named Nadine, then dropped a comment on his page that read, ”Who is that fine boy?” Obafemi Akinwunmi Martins (born 28 October 1984) is a Nigerian professional footballer who plays for Chinese Super League side Wuhan Zall as a forward. He is known for his speed on the ball. After leaving Nigeria for Italy at age 16, he has since played for a number of top-division clubs around Europe.

He began his senior career in 2002 at Serie A club Inter Milan, before moving to Premier League club Newcastle United in 2006, and then to Bundesliga club VfL Wolfsburg in 2009.

Having joined Russian Premier League side Rubin Kazan in July 2010, they loaned him to Birmingham City in January 2011.

Martins had two brothers who also played football professionally. His elder brother, Oladipupo Martins, played for Reggiana, Partizan and Innsbruck before retiring from football in 2009 due to heart problems.