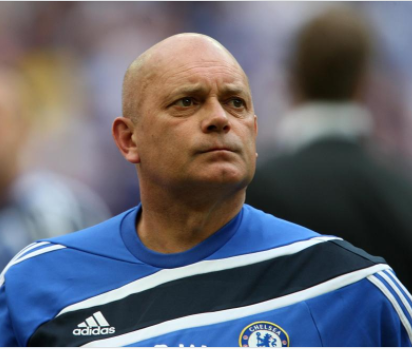 English football legend Ray Wilkins has died in the hospital at the age of 61.  The former Chelsea coach was placed in an induced coma after suffering a cardiac arrest at his home in Cobham, Surrey, last week.

Wilkins, who enjoyed spells as a player at Chelsea, Manchester United and AC Milan, passed away today at St George’s Hospital in London. He had battled poor health including ulcerative colitis over the last few years, but got the all-clear after a double heart bypass operation last July.

Confirming his passing, his son Ross, 36, said: “Dad has unfortunately passed away.”  St George’s Hospital issued a statement on behalf of the family. “It is with great sadness we announce that Raymond Colin Wilkins passed away this morning.  “We would like to thank St George’s staff for the amazing work they have done to care for our beloved Ray. We would also like to say thank you for the many goodwill messages we have received from Ray’s friends, colleagues, and members of the public. Ray leaves behind his loving wife, Jackie, daughter Jade, son Ross, and his beautiful grandchildren, Oliver, Frankie, Ava, Freddie, Jake and Archie.  “We are asking for privacy at this very difficult time.”

While, the PFA said on Twitter: “It is with great sadness and heavy hearts that we have learnt that former England midfielder Ray Wilkins has passed away, aged 61.  “The thoughts and condolences of everyone at the PFA are with his family and friends.”  Wilkins, known affectionately as “Butch”, played 84 times for England, captaining 10 times and scoring three goals.