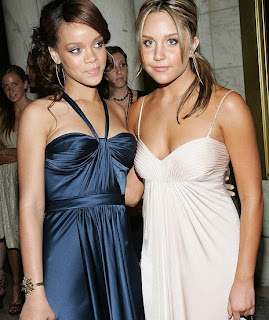 The troubled American actress said 25-year-old singer Rihanna looks �so ugly trying to be white”.
She even went on to suggest the singer’s looks could be the reason why her ex Chris Brown assaulted her, saying: “Chris Brown beat you because you’re not pretty enough.”
Amanda � who used to be good friends with Barbadian RiRi � deleted the comments soon after posting them, but not before Rihanna hit back with a tweet of her own.
She said: �Ya see what happens when they cancel intervention?” � referring to the US TV show where troubled young people are shocked into getting their lives back on track.
Amanda, 27, replied: �Unlike ur fugly faced self I don’t do drugs! U need the intervention dog! I met ur ugly face in person! U aren’t pretty u know it!”
She also re-tweeted a message Rihanna wrote, saying: �Look who came to see me!! My lover Stella McCartney!!”
But then responded: �No one wants to be your lover so you call everyone and their mother that I almost named my new dog Rihanna.”
This outburst is just the latest in a string of erratic episodes from the former Disney child-star.
She recently got piercings in her FACE, and asked rapper Drake to �murder her vagina” on Twitter.
And she was arrested for throwing a bong out of a hotel window. 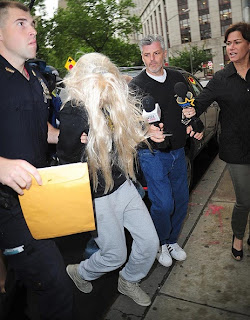 Police arrived at the scene to talk to her, and she is thought to have thrown the cannabis pipe out into the street in front of them.
As cops led her out and into the car she was spotted wearing a blonde wig, eventually revealing a shaved head when they took her photo at the station.
They charged her with marijuana possession, reckless endangerment and tampering with evidence.