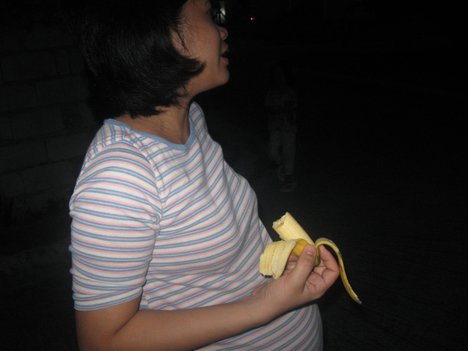 Women can influence the gender of their child with what they eat before they conceive, according to new research that lends scientific support to age-old superstitions about pregnancy.The discovery shows higher calorie intake prior to conception can significantly increase the chances of having a son while women on restricted diets are more likely to produce daughters.

Scientists at Britain’s Oxford and Exeter Universities, who studied eating habits of 740 women during their first-time pregnancies, say that their findings seem to back certain traditional links between diet and gender while disproving others.

“We were able to confirm the old wives’ tale that eating bananas and so having a high potassium intake was associated with having a boy, as was a high sodium intake,” research leader Fiona Mathews, a specialist in mammalian biology at Exeter University, told the Guardian newspaper.

“But the old take about drinking a lot of milk to have a girl doesn’t seem to hold up. In fact, more calcium meant they were again more likely to have a boy.”

Mathews said the study pointed to a simple technique to influencing the chances of a male birth: Eating a bowl of cereal for breakfast.

“If you want a boy, eat a healthy diet with a high calorie intake, including breakfast,” she told New Scientist magazine.

“Of women eating cereals daily, 59 percent had boys, compared with only 43 percent who bore boys in the group eating less than a bowlful per week.”

The researchers said that a higher calorie intake prior to conception can increase the chances of having a son from ten to 11 boys in every 20 births, according to the study published in the Proceeding of the Royal Society B.

They said it could explain why male births in richer countries are experiencing a slight reduction.